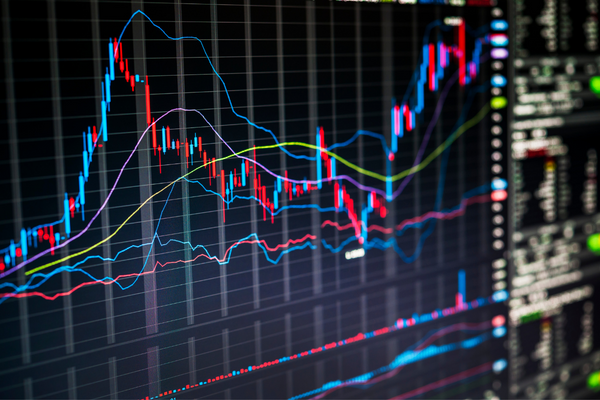 The U.S. economy contracted at an annual rate of 0.9% in the second quarter.  This follows a decline of 1.6% in the first quarter.  Traditionally, the simplistic definition of recession is two consecutive quarters of negative real GDP growth.  In reality, the National Bureau of Economic Research, which is the self-appointed arbiter of business cycles, uses a broader array of economic indicators to backdate the start and end dates of contractions and expansions.  (For more information see this link: https://www.nber.org/business-cycle-dating-procedure-frequently-asked-questions) Arguments abound on both sides of this issue currently and seem to mostly be driven by one’s political viewpoint.  Objectively, both have legitimate arguments for why we currently are or are not in a recession.  The glaringly obvious argument against recession is the continued strength of the labor market (the economy added another 528,000 jobs in the month of July) and the apparent scarcity of workers.  Arguments for recession are also based on reasonably strong footing.  Consumer confidence is at the lowest levels ever, the yield curve is currently inverted, and the stock market is still well off the all-time highs.  All that said, the last time the U.S. had two or more consecutive quarters of negative real GDP growth and wasn’t in a recession was in 1947. 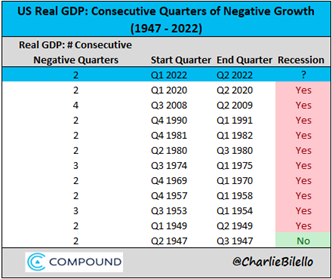 As is often the case, the best months in the market usually occur during some of the worst stretches.  This again held true in July. The S&P 500 was up 9.1%, the best month since November of 2020.  This follows June’s decline of -8.4%, which capped-off the worst first half of a year since 1971 and comes on the heels of the S&P falling into bear market territory.

If you’re keeping score, the market has either risen or fallen by 3% or more in six out of the first seven months of 2022 with four down months and three up months.

The Fed delivered another rate increase of 0.75% at their July meeting.  This brings the target range for the federal funds rate to 2.25% to 2.5%.  The door remains open for another rate hike of 0.75% at the September meeting with continued hikes in November and December.  By year-end, markets expect that the Fed Funds rate will be at least 1% to 1.25% higher than where it is currently.  However, yields at the longer-end of the curve have fallen by nearly a full percent since mid-June and are now inverted with short-term rates higher than long-term. 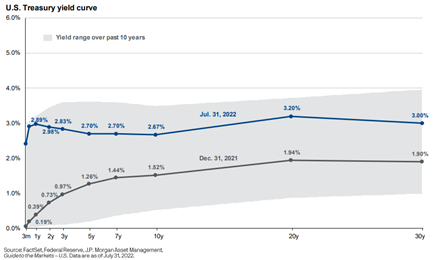 At the end of last month, we pointed out that stocks were priced to deliver better returns than they were coming into 2022 and that having just endured one of the worst six-month periods in the past 50 years the set-up for better returns over the coming six- and 12-months was good.  From the low on June 16th, the S&P 500 is up nearly 13%, the NASDAQ 100 is up 16%, and the Russell 2000 is up 14%.

We make no prediction as to what the markets will do in the coming weeks and months.  Owning stocks will always involve the tradeoff of short-term volatility in exchange for long-term returns.  Sometimes owning them is uncomfortable. The chart below compares consumer sentiment as measured by the University of Michigan survey and the returns for the S&P 500 over subsequent 12-month periods following peaks and troughs in the survey data. 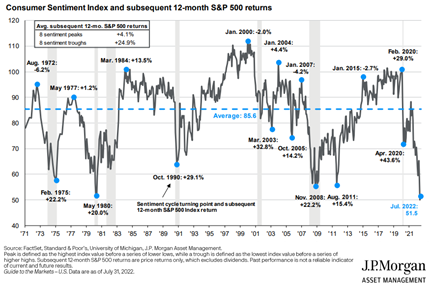 The takeaway is that when we reach points of maximum pessimism it’s historically been a good time to own stocks.  As we pointed out in last month’s update (which can be found here) we don’t know if the low is in for the current cycle or if there is more pain ahead.  Volatility is the price we pay for long-term returns in the stock market. 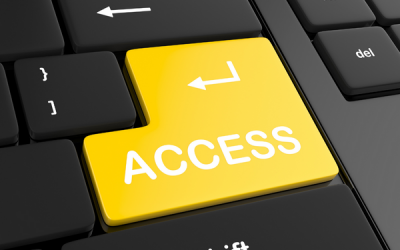 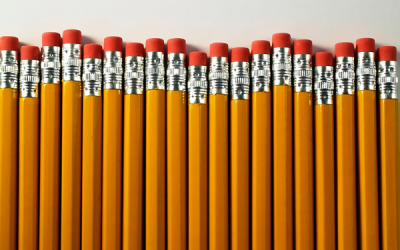 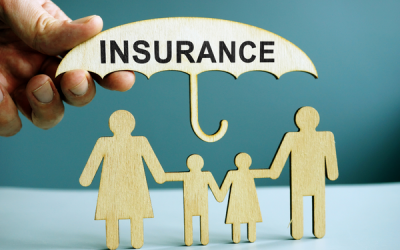